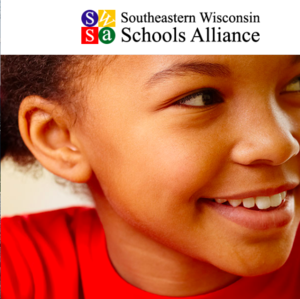 Shorewood School Board clerk Pablo Muirhead gives update on July 9th meeting in Brookfield
At the July 9 Board meeting, Board Clerk Pablo Muirhead gave an update on the Southeastern Wisconsin School Alliance (SWSA) gathering he attended that morning in Brookfield.
“The SWSA is typically comprised of superintendents and board members across Southeastern Wisconsin but often business office managers attend and this month there were more business managers than usual largely around what’s going on in Madison and uncertainty with the budget process.
[At the meeting] we spoke about everything from Special Ed—the partial veto that Governor Evers pushed back on the GOP budget that they gave him, the Governor’s proposal of 38% Special Ed reimbursement and then 60% next year, whereas the GOP controlled legislature has proposed sticking with the status quo, which is 26% —one of the lowest in the country—and moving up to 30% next year. This difference in proposals is very significant.
There is so much ambiguity and we had State Representative Evan Goyke (who represents the west north side of Milwaukee) come and share an update, inviting everyone to speak to their representatives. We have representatives in Senator Taylor and State Rep David Bowen that are supportive of public education and they are not the ones we need to convince. It’s important for us to belong to associations like SWSA so we can sit at the table with people from other districts that can leverage their support.
There was concern with a school district who put out a letter to the Governor and to State leaders saying this proposed GOP Special Ed increase is ok. And it’s not. WFB superintendent spoke up against it, as not adequate. It’s hard when one school district peels off, so it becomes very important for us all to stick together. The proposal the GOP is recommending is not really an increase, doesn’t keep up with inflation, and doesn’t keep up with the needs.”
To watch this section of the Board meeting (42:00:00-46:00:00) or view the entire Board meeting, click here.
There will be a budget update as to how the District’s placeholder numbers are fairing as well as an update on where Madison stands, during the next School Board meeting, August 13th.