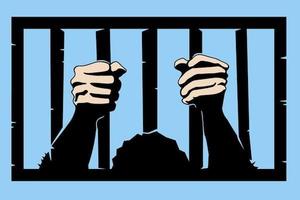 Nationally recognized speaker Reggie Jackson will spearhead "The 2.2 Million: The History and Human Cost of Mass Incarceration” on Tuesday, November 5th
Reggie Jackson will help raise awareness of issues surrounding mass incarceration in a program titled “The 2.2 Million: The History and Human Cost of Mass Incarceration” at 6:30 PM on Tuesday, November 5th in the lower level meeting room of the Shorewood Village Center, 3920 North Murray Avenue.
Jackson, educator and consultant with Nurturing Diversity Partners, will expose the roots of the of our country’s current system of mass incarceration, including the laws and policies which have made it possible to incarcerate over two million Americans. Wisconsin exemplifies many of the issues in this system, so Jackson will examine Wisconsin’s correctional system in detail, touching on where and why we’ve built prisons around the state; who’s in them; why our prison population keeps growing; and the costs to both families and communities back home.
Jackson is a regionally and nationally recognized speaker, researcher, and writer. His work helps institutions and individuals understand how our country’s racial hierarchy developed historically, its impact on our lives today, and how we can realize America’s promise for all citizens. He also serves as Head Griot for America's Black Holocaust Museum.
This program is co-sponsored by the Shorewood Public Library, the Shorewood Senior Resource Center, and the Friends of the Shorewood Public Library. The event is free and open to the public.
More information is available at http://www.shorewoodlibrary.org/.