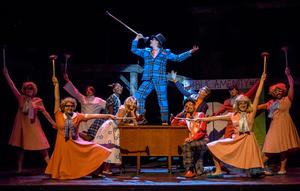 Winners will be announced in May 2020
The Shorewood High School Drama Department's production of the musical Urinetown has been nominated for 21 Jerry Awards this year. The Jerry Awards is a program that encourages, recognizes and honors excellence in high school musical theater, and the awards are administered by the Overture Center in Madison as part of the National High School Musical Theatre Awards program.

Winners will be announced in May, and schools who have their musical named “Outstanding Musical” will be invited to perform at the awards program in Madison in June. The ceremony will be televised statewide on public television.