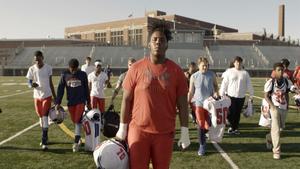 This documentary film about the Shorewood and Messmer combined high school football team will be streamed online November 15-28
The documentary film, Messwood, co-directed and co-produced by Shorewood resident and District parent Brad Lichtenstein is making its world premiere on November 14 in New York City at the DOC NYC Film Festival.
Declining participation leads two Milwaukee area high schools—one black and urban, the other white and suburban—to combine their football programs. Tensions rise as the disparities between the two schools become increasingly apparent over the course of the season. At the center of the drama, the teenage athletes attempt to make sense of their adolescence in the face of the racial fissures in their community.
For those unable to attend the premiere, the documentary will be available for streaming November 15-28. To purchase your ticket, visit the DOC NYC Film Festival website.