Race to the Top 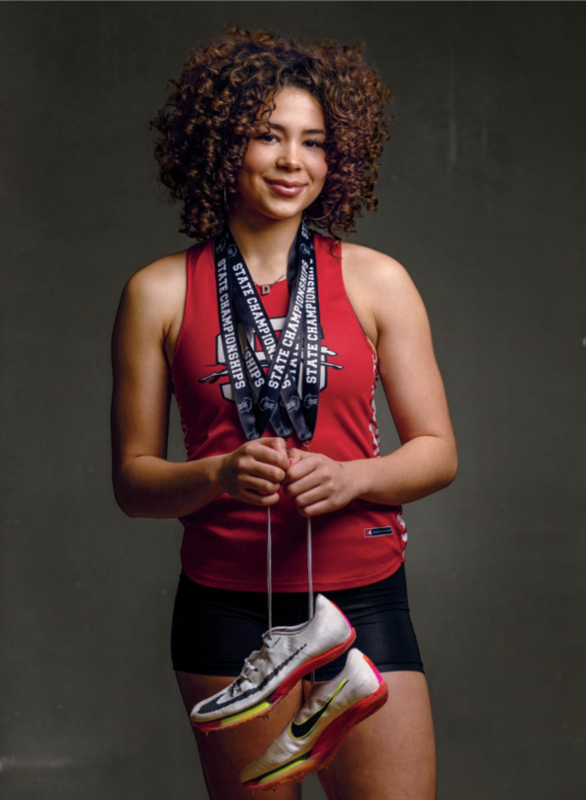 If Shorewood High School junior Delea Martins seems perfectly at home on the running track, it’s because she practically grew up on it. The junior sprinting phenom who’s smashing her way through the SHS record book started running with the Milwaukee Mustangs Track Club when she was just six years old. By age seven, she was competing.

As part of a family of athletes, her path on the track was mapped out in her DNA. Mother Neyahte Johnson-Martins ran in high school, father Kevin Martins was a three-sport varsity athlete at Muskego High School and older brother Justin Rabon was a track star in his own right.

Now competing for the SHS track and field team, Martins has set school records for the fastest times in the 100-, 200- and 400-meter sprints, as well as being part of the record-setting 4 X 400-meter relay team. Among high school juniors nationally, Martins ranks 10th in the 400, 4th in the 200 and 7th in the 60-meter dash.

Kevin Martins says his daughter puts incredible pressure on herself, so his role is often to keep her loose but focused, especially before she competes.

“I used to have so much anxiety that I would cry before every race,” Delea Martins admits.

“As I got older, I gained more confidence and learned to keep my composure, but I am really, really competitive and I hate to lose.”

Her desire to win is infectious, says Dominic Newman, head coach for Shorewood’s track and field team. “Delea has brought a new level of excitement to the program,” he says, noting that her passionate support for fellow athletes along with her high expectations make her a powerful team leader.

At last spring’s WIAA Division 2 state meet, a format change resulted in all events taking place in a single day rather than spread out over the usual two. Despite running five races, including her preliminary heats, over the course of just a few hours, Martins won gold medals in the 100- and 200-meter sprints and a silver medal in the 400.

Even with a grueling weekday training schedule and frequent weekend meets, Martins maintains close to a 4.0 GPA. Looking to take her talents to the next level, she has set her sights on attending a Division I college where she can train among the best in the nation.

“The college doors are beginning to open wide for Delea,” says Newman. “And she’s going to sprint right through them.”