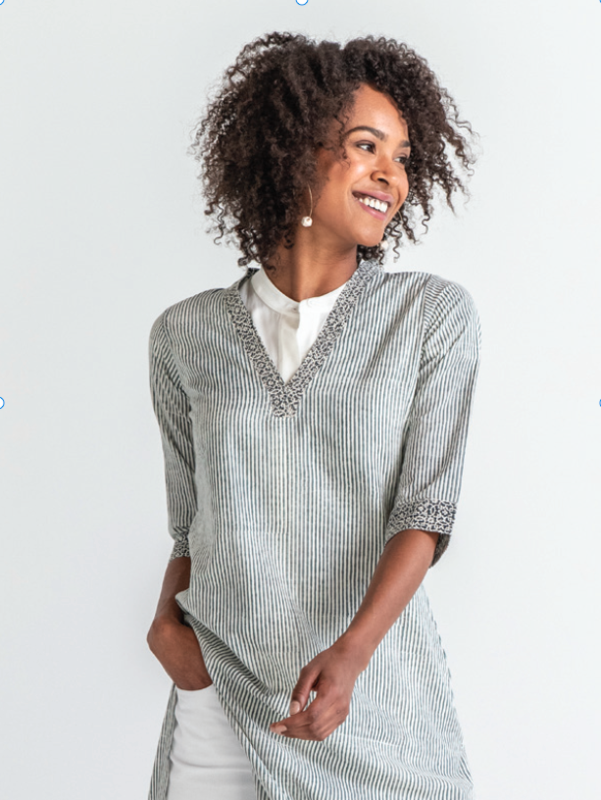 The camera loves SHS Alumna Sydney Cross (Class of 2012)
When picturing her future, Sydney Cross,  SHS ‘12, never seriously considered modeling as a career path. Now, she’s a successful model based out of Chicago, having worked with top brands like Neiman-Marcus, Diane von Furstenburg, Kohl's, Nike and Peter Millar.
During her time as a student at Shorewood High School, Cross played volleyball, ran track and competed in the 2012 track and field state competition. She was also her senior class president.
After graduating, Cross attended Loyola University Chicago. It was during winter break her freshman year that she was scouted at a hot  yoga class by Shorewood resident and professional model Cathy Reilly. Reilly invited Cross to her house to take some photos, which she sent to her agency, Select Model Chicago. The agency liked the photos and invited Cross to come into the office.
Typically, when meeting with a modeling agency for the first time, models are instructed to wear form-fitting clothes and a black swimsuit for their photos, which are called “digitals” in the modeling world. Due to a sort of miscommunication, Cross recalls, the first meeting didn’t quite go as planned.
“I show up sweating, a couple minutes late, and  it’s so funny but they ended up signing me,” she says.  “My first digitals are in this bright teal, freaky lace under-wear and I look a little disheveled, but very excited to be there. They loved my walk and personality, so it was all up from there. I'm very grateful for that day. It was crazy.”
Cross signed with Select Model Chicago in 2013 but continued to focus on her studies. She worked a few fashion shows and local gigs but didn’t start seriously modeling until after graduating from Loyola with a degree in international studies in 2016.
Today, Cross does the occasional runway show but is focused mainly on print work, which includes “e-comm” or the “bread and butter of modeling”— when brands hire models for their online merchandising. Some of Cross’ most memorable career milestones include  being posted in Times Square for a campaign with  Lady Foot Locker and appearing in Forbes magazine  for her work with designer Maria Pinto.
Most recently, Cross has gotten into acting. After signing with Stewart Talent Chicago in 2019, Cross shot a commercial this summer for Google Chromebook, which she describes as “the highlight of my career.” Cross loved the experience and hopes to focus more on acting in the future.
Though Cross is passionate about her work, it has  its challenges. She emphasizes the importance of maintaining both her physical and mental health. She makes sure to take mental health days, meditate, do yoga and repeat a mantra that is based on well-known advice from Maya Angelou about how to treat others.
“You can't always place such an emphasis on how you look or what you're doing,” Cross says. “Sometimes the emphasis should be placed on how you make  people feel, because at the end of the day that’s  what people are going to remember.”
(Story by Sophia Wiley, SHS '21)