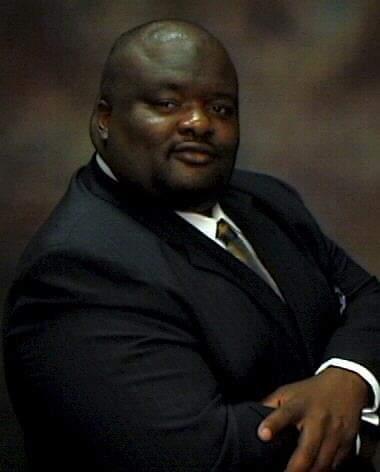 The Shorewood High School and Messmer Athletic Departments are proud to announce the appointment of the new Messwood head football coach for the 2022-23 season, Stevie Calvin.

Coach Calvin brings several years of co-op coaching experience and has spent much of his coaching career working with offensive linemen at North Dakota State College of Science. For the last several seasons, he has been coaching in the Milwaukee City Conference, a run that included a three-year string (2015-17) at Marshall and ended with a Blackbourn Division title at Milwaukee Tech (2018-2021).

A Milwaukee native, Coach Calvin played high school football at Milwaukee Tech High School, where he was part of a State Championship Runner-Up team. They were the only team from Milwaukee to ever make it to the State finals in football. A four-time Conference champion and an All-Conference selection, Coach Calvin then moved on to North Dakota State College of Science, where he was a member of the 1992 Pepsi Cola Bowl Championship Team. He was Team Captain and All-Region player. He also was inducted into the NDSCS Hall of fame in 2014. Coach Calvin continued his football career by accepting a full scholarship at Northern Illinois University in 1993, where he was selected Preseason All-Big West.

After college, Coach Calvin returned to NDSCS for an eight-year run as assistant coach, where his team was conference champions three times and also had a national ranking finish of #4 in the country in 1996 as well as a number #2 finish in 1999. Coach Calvin also served as a high school assistant coach for multiple schools (Milwaukee Tech, Milwaukee Marshall, Milwaukee Pius, Holy Angels Richfield MN, Westminster Prep, Ft Lauderdale  FL, Fargo South, Fargo ND) with conference championship finishes and a State championship finish in 2014 at Fargo South High School.

Coach Calvin has a son Jaxon who lives in Fargo, ND, and is entering his freshman year of high school in 2022. Coach Calvin has dedicated his life to the game he loves and the ability to give back to the community through the world's best sport, football. He is also incredibly thankful for the opportunity to coach at Shorewood/Messmer with its unique opportunity!

"I bring several years of co-op experience so anxious to get started," says Coach Calvin.

We welcome our new head coach and anticipate great performances from our student-athletes next year. Go Messwood!