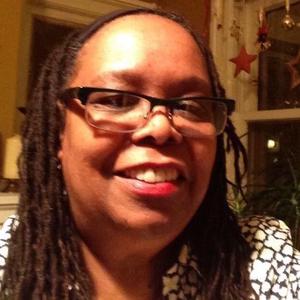 The program will be facilitated by Dr. LG Shanklin-Flowers on Thurs., Nov. 8, at 6 p.m. at the Shorewood Public Library
Engage with your neighbors in a discussion centered on Ta-Nehisi Coates’ book We Were Eight Years in Power on Thursday, November 8th at 6:00 p.m. in the lower level meeting room of the Shorewood Village Center, 3920 North Murray Avenue.
We Were Eight Years in Power examines challenging yet critical topics such as mass incarceration, reparations, segregation, and systematic racism. This month’s community conversation will focus on Chapter Seven of Coates’ book which is titled “The Black Family in the Age of Mass Incarceration.” Dr. LG Shanklin-Flowers, founder and principal consultant of InReach, will facilitate the discussion. We Were Eight Years in Power is available at the library, and the essays in their original version are available online.
Shanklin-Flowers received her doctorate in Leadership for the Advancement of Learning & Service from Cardinal Stritch University, and her work includes keynote addresses, consultation and workshops in the areas of women-centered self-care, leadership development, diversity management, inclusion/cultural competency, anti-oppression and building alliances. Shanklin-Flowers is recognized for her pioneering efforts within the developing field of cultural diversity, and was the recipient of the YWCA of Southeastern Wisconsin’s Racial Justice Award for her diligent and courageous work to help eliminate racism. She was also awarded the YWCA of Southeastern Wisconsin’s Empowering Women Award in 2011.
This program is co-sponsored by the Shorewood School District, Shorewood Public Library, and the YWCA of Southeastern Wisconsin. Reading Race is an ongoing program meeting the second Thursday of every other month from 6:00-7:30 PM.
This event is free and open to the public.
More information is available at http://www.shorewoodlibrary.org/