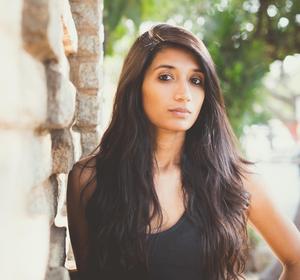 Author to speak about "The Far Field" which follows a morally-conflicted protagonist across the Indian subcontinent
Lawrence University alum, Iowa Writer’s Workshop graduate, and Pushcart Prize-winner Madhuri Vijay visits Shorewood Public Library to talk about her sweeping, elegant debut novel on Tuesday, January 15 at 6:30 p.m. in the lower level meeting room of the Shorewood Village Center, 3920 North Murray Avenue.
The Far Field (Grove Press; January 15, 2019, $27 hardcover; 978-0-8021-2840-9) follows a morally-conflicted protagonist across the Indian subcontinent. In the wake of her mother’s death, privileged, restless Shalini sets out from Bangalore for a remote Himalayan village in the troubled northern region of Kashmir. Her journey brings her face to face with Kashmir’s politics and its tangled history. Village life turns volatile, old hatreds threaten to erupt into violence, and the wandering woman is forced to make a series of choices that could hold dangerous repercussions for the very people she has come to love.
With rare acumen and evocative prose, Vijay masterfully examines Indian politics, class prejudice, and sexuality through the lens of an outsider, offering a profound meditation on grief, guilt, and the limits of compassion. The Far Field has been named an ABA Indies Introduce and Indie Next Selection, a Barnes and Noble Discover Great New Writers Selection and a Book of the Month Selection as well as receiving starred reviews from Booklist and Publisher’s Weekly.
Madhuri Vijay was born in Bangalore. She is a graduate of Lawrence University, Appleton, WI, and the Iowa Writer’s Workshop. Her story “Lorry Raja” won the 2011 Narrative 30 Below Story Contest and was selected for The Pushcart Prize Series and The Best American Nonrequired Reading 2013.
The event is co-hosted by Boswell Book Company, who will sell copies of The Far Field for signing after the talk. The event is free and open to the public.
More information is available at http://www.shorewoodlibrary.org/