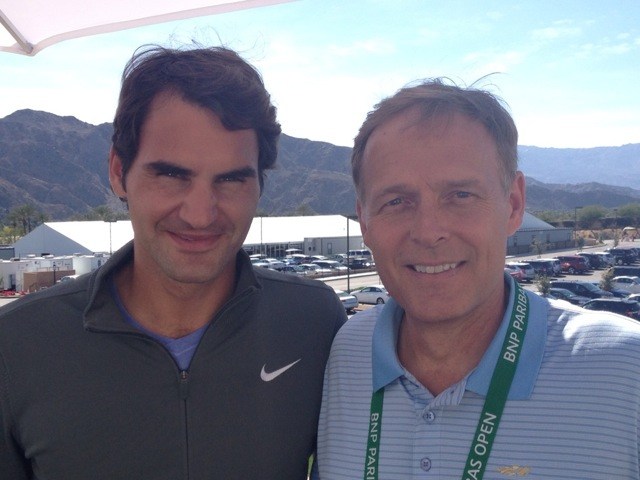 Though it has been 52 years since former tennis champ and sports journalist Leif Shiras moved to Shorewood, he can still remember his old address: 4475 N. Murray Ave. Originally from Rowayton, Connecticut, Shiras and his family relocated to the Milwaukee area in 1963 to be closer to family and to follow his Dad's work in public relations.

After completing his education at Lake Bluff and Shorewood Intermediate School, Shiras moved on to Shorewood High School (SHS), where he joined the tennis, basketball, and volleyball teams. Despite being an all-around athlete, it was tennis that occupied most of Shiras' attention.

"Mom and Dad played tennis socially," Shiras said, "So I was drawn to what they were doing. [I] played most of my tennis growing up at the Lakeshore Club in Bayside."

Shiras won the State High School Title as both a junior and senior, and eventually earned the #1 spot in the state for 18 and unders. However, it wasn't just skill that helped Shiras get to the top: he also credits caring coaches who really drove players to win.

"My experiences at SHS, in all sports really, helped make me an intense competitor. If they say you learn more from losing, I suppose I was gradually becoming one of the smarter athletes around. I was constantly being pushed to improve. And I did learn how to win, how to compete, and those skills helped me immensely throughout my life."

For post-grad, Shiras wound up at his father's alma mater of Princeton, who had taken great interest in his tennis skills. Upon finding himself in a more competitive environment, Shiras was motivated to improve his game. During his time at Princeton, Shiras became a two time All-American, reached the NCAA semifinals, and was part of an elite team, (along with Jay Lapidus, former long-time Duke tennis coach), that finished in the top 8 nation-wide. All this was enough to make Shiras wonder if he was good enough to go pro, which he did in 1981. 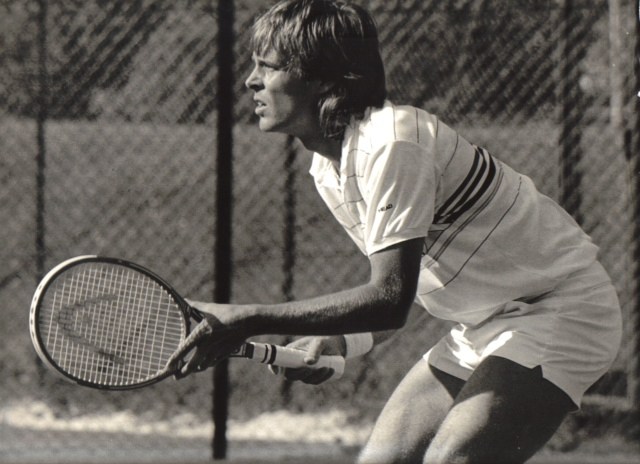 Above: Leif in action during one of his matches.

"I was hardly an overnight sensation, but I did become a very solid pro," Shiras said. "I had career wins over Pete Sampras, Ivan Lendl, Andres Gomez, and Johan Kriek, all Grand Slam champions. I also was ranked as high as #31 on the ATP (Association of Tennis Professionals) Rankings."

During his professional tennis career, Shiras was an unseeded finalist at the Queens Club in London in 1984, reached the 4th round of Wimbledon and the Australian Open, and the semifinals of the Mixed Doubles at the U.S. Open. He considers his run to the Queens Club final, where he beat world #1 Ivan Lendl before losing to John McEnroe, as one of his career highlights.

"The British Press was not so warm to Lendl, but they loved me," Shiras recalls. "I was an English major from Princeton who studied some Shakespeare. They called me Shakespeare Shiras and as I continued winning, the story only got better."

Though Shiras retired from professional tennis in 1991, he hardly abandoned the game. Currently living in Laguna Hills, California with his wife, Maria, and two sons, Emmett and Austin, Shiras now commentates for the Tennis Channel and British Sky Sports. He works over 120 days a year, either hosting, analyzing, or just talking tennis at a number of the world's major competitions. 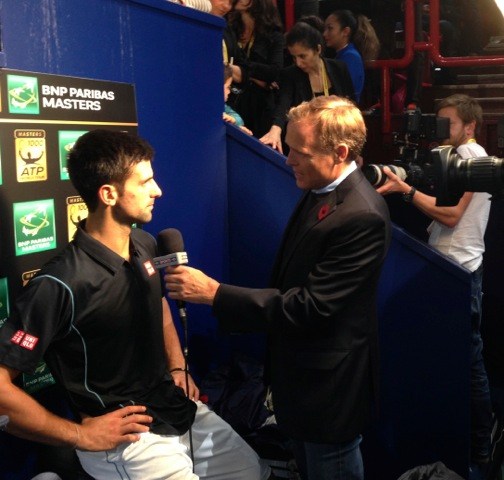 Above: Leif interviewing world #1 Novak Djokovic in Paris at the Masters Series event on the ATP World Tour.

When his schedule allows, Shiras enjoys coming back to the Milwaukee area to visit his mom and sister, as well as hit the courts and catch up with old friends who are still active in Milwaukee's vibrant tennis community.