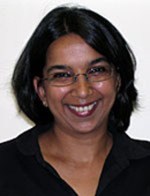 Sumaiya Hamdani came to the United States from Egypt when she was 7 years old. Her family settled in Shorewood because of the reputation of the schools. She credits Shorewood with giving her the foundation to succeed in a globalized world. Her religious and cultural background also influenced her education, and she received a Ph.D in Islamic history from Princeton.

She currently teaches at George Mason University where she established an Islamic Studies program. Her teaching and research interests include Islamic, Middle East, Central Asian, and world history, and women's studies. Her vocation is to teach, both inside and outside of the classroom.

Ms. Hamdani is also an author and she has received awards and fellowships from the Fulbright Foundation, Social Science Research Council, and the Institute of Ismaili Studies, and she has served as a commentator on Islamic issues for the PBS News Hour.