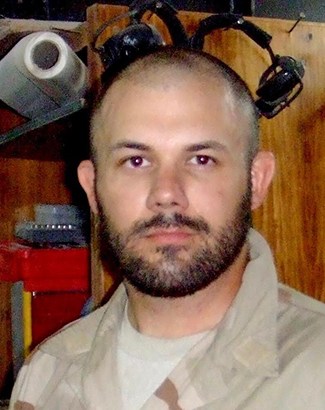 Christopher Corwin Carson (Class of 1994) was born on a leap year on February 29, 1976 in Greensboro, NC. He spent the majority of his formative years in Shorewood, WI. Just like his beloved grandfather had done before him, Mr. Carson proudly graduated in 1994 from Shorewood High School (SHS), where he successfully played many sports, made lifelong friendships, and met Paula Dueñas, an AFS student from Colombia who attended SHS in 1992-93. Ten years later, Paula would become his wife and mother of his two children, Alex and Sofia.

Mr. Carson studied Sociology at Wittenberg University, graduating in 1998. During his college years he successfully led the rugby team to a state championship and had the opportunity to live abroad in Spain, becoming fluent in Spanish. Ever curious for learning about other cultures, Mr. Carson pursued a teaching position in Chile after completing college, taking this opportunity to travel all around the South American continent. Shortly after the events on September 11, 2001, he enlisted in the Army and underwent the intense two-year training of the U.S. Army Special Forces Qualification and Selection Course. He was selected, earned his Special Forces Tab, and became a Green Beret in 2004. Immediately following his Special Forces graduation, he joined a U.S. Army Special Forces 12-man detachment team located in Ft. Lewis, WA, serving as a Staff Sergeant. During his tours of duty, Mr. Carson was deployed throughout Southeast Asia and Iraq. In 2005, his son Alex was born with just enough time for Mr. Carson to meet him and then deploy again. In 2007, he was honorably discharged when the Carson family of three decided to leave the military life and relocate to Asheville, North Carolina. By the time his daughter was born in 2010, Mr. Carson had created and was successfully managing his own real estate development company called Corwin LLC, and his own real estate brokerage firm called AVL Associates.

In 2012, an unexpected bump in his upper right arm proved to become the most challenging situation in his life. For weeks, experts struggled to pinpoint the correct cancer diagnosis while Mr. Carson's family anxiously waited to get treatment started. Mr. Carson was diagnosed with a rare pediatric cancer called Ewing's Sarcoma. The subsequent eight-month chemotherapy treatment, numerous limb sparing surgeries, month-long radiation therapy, and innumerable urgent hospital stays and side effects proved to be tougher than his whole military experience. Undergoing Ewing's Sarcoma treatment is a monumental physical and mental ordeal. Seeing the crude reality of this orphan pediatric cancer made him feel increasingly frustrated. He knew he had to act and wanted to do something to help.

In 2014, he created the Carson Sarcoma Foundation (CSF) (www.carsonsarcomafoundation.org), where he has been able to put his best skills to good use. CSF helps and serves others. The mission of CSF is: "To fund targeted cancer research focused on increasing survival for those stricken with Orphan Sarcoma Cancers, ultimately leading to a cure." In 2015, Mr. Carson had a cancer relapse on his left lung. More surgeries and a second line of chemotherapy treatment followed. The Carson Sarcoma Foundation has become his only job and purpose in life. CSF is a leading force in the Ewing's Sarcoma world. It's an untiring voice for desperate patients, the information bridge between doctors and scientists, and the supporter of new approaches to find better treatments to one day, sooner rather than later, eradicate this beast of a pediatric cancer forever. Mr. Carson is being honored and recognized for his strength, entrepreneurial spirit, and tireless, selfless service.