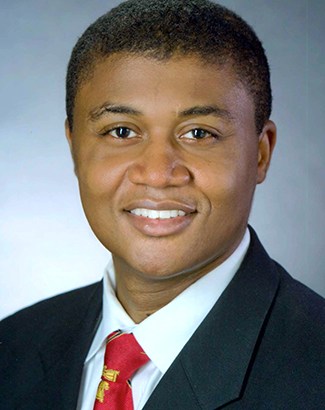 Dr. Johnathan Bernard (Class of 2000) is a board-certified orthopaedic sports medicine and shoulder surgeon specializing in the management and arthroscopic treatment of sports injuries.

After he graduated from Shorewood High School in 2000, Dr. Bernard attended the U.S. Naval Academy, receiving a degree in Chemistry. He went on to attend the Yale School of Medicine and the Harvard School of Public Health, where he received both a Medical Doctorate and a Master's in Public Health concentrating in Health Management and Policy.

Dr. Bernard is active in public service and policy, having previously been awarded the Mortimer B. Zuckerman Fellowship at Harvard's Kennedy School of Government. He has also traveled to Haiti and performed surgery as a visiting surgeon through SIGN Fracture Care. He has published numerous scientific peer-reviewed articles and has presented his research nationally and internationally at orthopaedic meetings. He serves as a Health Policy Fellow for the Arthroscopy Association of North America. In addition, he is a Visiting Scholar at the American Board of Medical Specialties for the American Board of Orthopaedic Surgery. Johnathan, his wife Stephanie, and three daughters, Madeline, Alexandra, and Robyn, live in Northern Virginia.