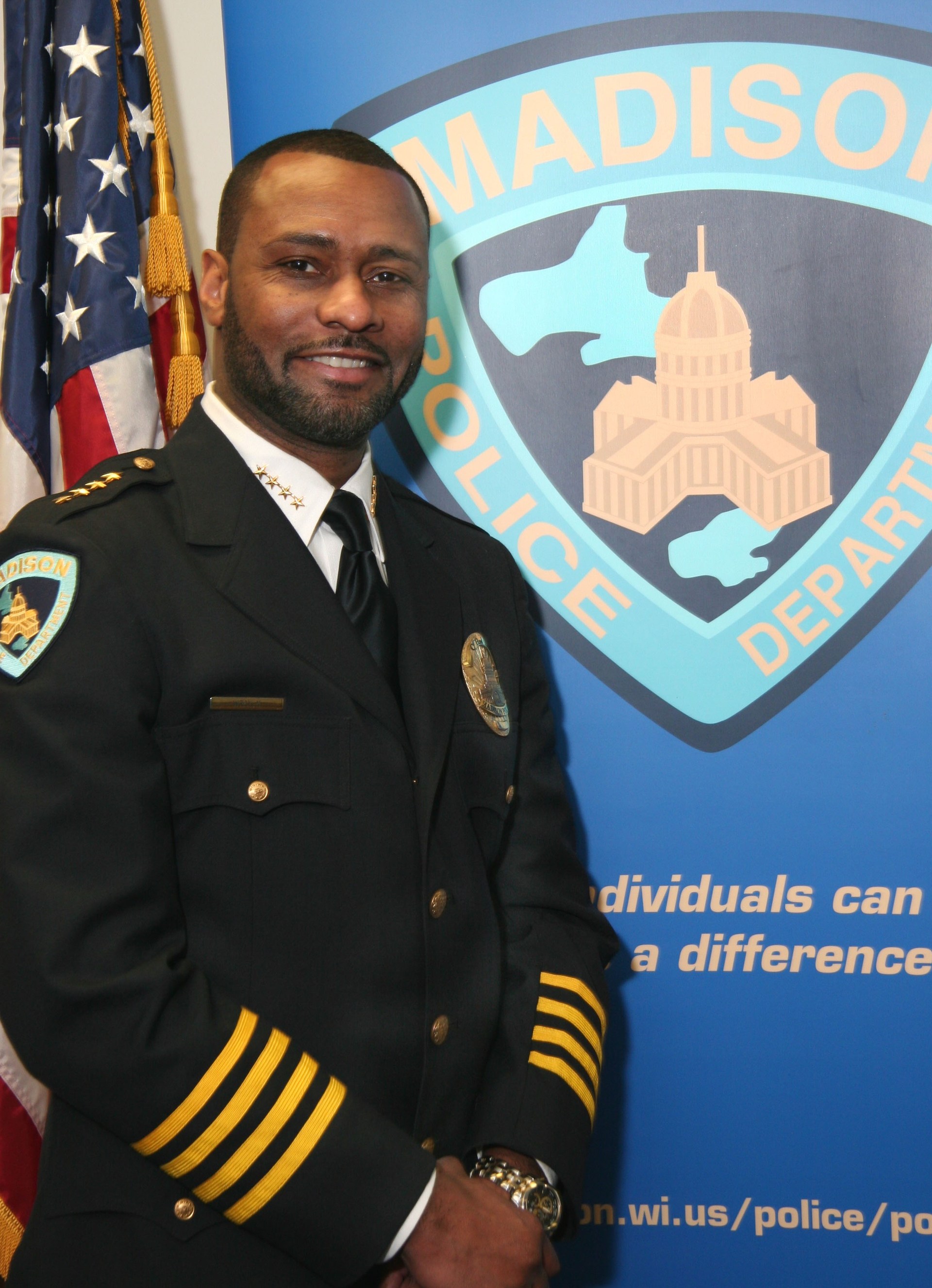 Noble Wray began his career with the Madison Wis. Police Department in 1984 as a patrol officer. His work as a neighborhood officer earned him an Outstanding Service Award and led to his promotion to assistant chief in 1999 where he managed both the operations and support divisions of the department. He has been Madison’s Chief of Police since 2004 and is a nationally recognized consultant in the areas of problem solving and community policing. Chief Wray is also active in community organizations such as United Way, Boys & Girls Club of Dane County and 100 Black Men of Madison.