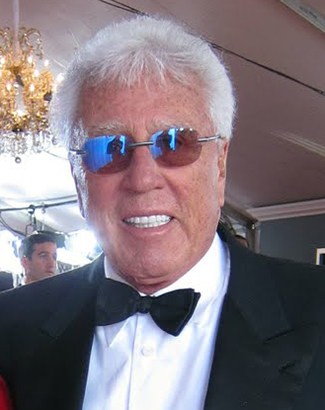 Over the years, PMC has received many awards for engineering advances, business excellence and product innovations. In 1992, President Ronald Reagan personally presented Mr. Baumgartner with the President's "E" Award in the White House Rose Garden. The award was from the U.S. Department of Commerce for "Outstanding Contribution to the Export Expansion Program of the United States." In 1993, Mr. Baumgartner received the Ernst & Young's Wisconsin Entrepreneur of the Year award, which recognizes entrepreneurs whose ingenuity, perseverance and hard work have resulted in thriving, growing ventures.

Highly active in Milwaukee-area civic and community organizations, Donald Baumgartner is a member of the Greater Milwaukee Committee and has co-chaired the Mayor's Advisory Committee on International Trade. He traveled to Europe with Milwaukee Mayor John Norquist on two economic development missions promoting Milwaukee-area businesses, and served on the Mayor's Advisory Committee on Economic Development. Mr. Baumgartner and his wife, Donna, contribute generously to the quality of Milwaukee's cultural life and have embraced the spirit of philanthropy. He is a past President of the Milwaukee Art Museum's Board of Trustees and served as President of MAM and Chairman of the museum's Building Committee during the construction of the Calatrava addition. He worked closely with Calatrava during the construction process and also served on the architectural selection committee. As a member of the architectural selection committee, Donald Baumgartner was instrumental in selecting Santiago Calatrava as architect for the addition for the Milwaukee Art Museum. In 1994, the Museum chose the Spanish-born architect as the designer who would take them into the next millennium with his international vision and skill as an engineer and architect. Mr. Baumgartner is a Life Director of the Florentine Opera Company. The Baumgartners sponsored the Florentine Opera's production of Elmer Gantry in 2010, which was recorded by Naxos Records and garnered two Grammy Awards in 2012. The Baumgartners also support the Milwaukee Ballet—presenting ballets, sponsoring events and contributing both financially and with their time. The Milwaukee Film Festival has also benefited from the support of Mr. and Mrs. Baumgartner. They have sponsored the spotlight presentations program and Donna serves on the Milwaukee Film Board of Directors. In addition to these key organizations, the Baumgartner family participates in the support and growth of numerous other Milwaukee community organizations. In 2016, Mr. and Mrs. Baumgartner received an EDDY Award from the Sharon Lynne Wilson Center for the Arts in recognition of their generous contributions to the quality of Greater Milwaukee's cultural life.