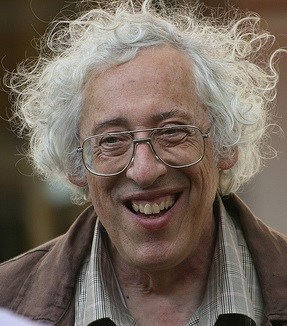 Howard Kissel graduated from Shorewood High School in 1960. During his years at SHS, he served as Editor of Ripples, the student newspaper, and found the inspiration for his future professional career through his involvement with the Shorewood Drama Department. Among the roles he played in the Theater Program were Ebenezer Scrooge in The Christmas Carol and Otto Frank in the Diary of Anne Frank. He graduated from Columbia University in New York in 1964 with a degree in Theater and English. He received a Creativity Fellowship from Columbia and spent the following year traveling through Europe working in Theater Companies.

He then attended Northwestern University-Medill School of Journalism where he received his Master's Degree. He was inducted into The Northwestern-Medill Journalism Hall of Achievement 20 years after graduating. Howard was the Chief Drama Critic of the New York Daily News for 20 years.

Prior to that, he served as the Arts Editor for Women's Wear Daily and "W" Magazine for 15 years, reviewing films, books, classical music as well as theater and interviewed a great number of luminaries in all of the arts. He also had a blog with The Huffington Post after retiring from The Daily News. He was the author of "The Abominable Showman," an unauthorized biography of David Merrick, "Stella Adler the Art of Acting," and" Words with Music," all published by Applause.

He was the only person to have been President of both The New York Drama Critics' Circle and the New York Film Critics' Circle. He served on the jury for the Pulitzer Prize for Drama and appeared on numerous TV shows, including the Today Show and the David Susskind Show. In 1980, he played Woody Allen's manager in the film "Stardust Memories." Howard Kissel passed away on February 24, 2012.

On the night of his funeral, the Lights on Broadway were dimmed in his memory. All of the Theater Marquis went dark simultaneously to honor him—a very unique honor, particularly for a critic! He was also inducted into the "Off Broadway Hall of Fame." Howard Kissel's sister, Judy Kissel, will represent him at the Shorewood Tradition of Excellence Awards Day.